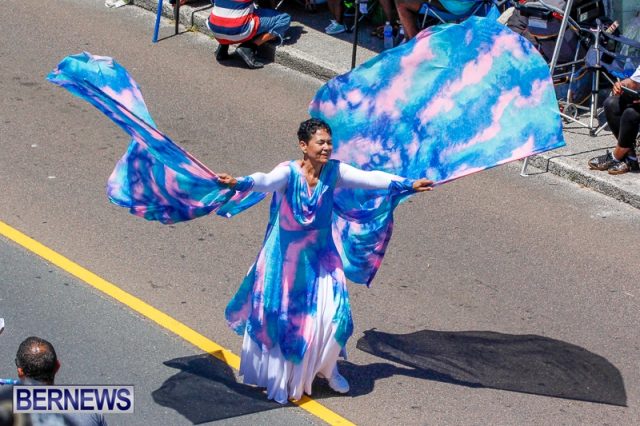 Crowds three- and four-deep in places lined the Bermuda Day parade route to watch the colourful procession of floats, majorettes and Gombey dancers that wound through the streets of the city.

Bermuda Day had its origins in Empire Day, first celebrated in Canada in 1898 to mark Queen Victoria’s birthday. The holiday was later introduced in the United Kingdom in 1904 and then spread to other countries in the British Empire including Bermuda.

It was decided a parade would provide a focus for camaraderie and celebration and help Bermudians grow in respect and appreciation for one another. Today Bermuda Day has become the culminating point of Heritage Month and has grown in importance to become the island’s most celebrated holiday other than Cup Match.