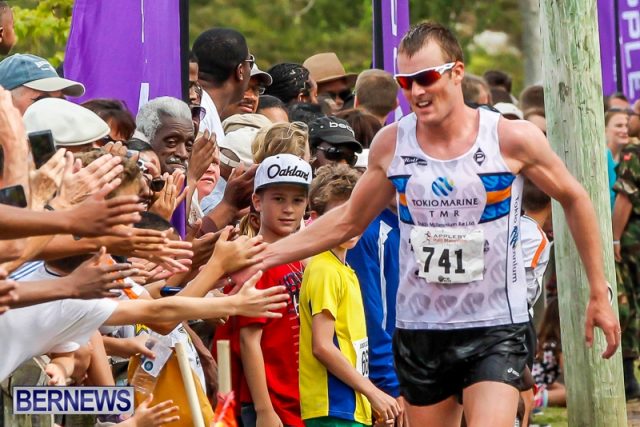 The 2013 Appleby Bermuda Half Marathon saw two new champions crowned, with Tyler Butterfield crossing the line in 1:15:03 to win his first title, while as Rose-Anna Hoey defeated the defending champion Ashley Estawnik to claim the female title.

Almost 700 runners finished the race, including at least two former champions. 1978 and 1981 winner Ray Swan, 75, finished the 13 mile race in 187th position, while 6-time champion Ed Sherlock, 81, was the oldest runner in the field.

The race first began in 1909 with a mere 25 entrants, and over 100 years later has grown into the most popular road race on the annual calendar.