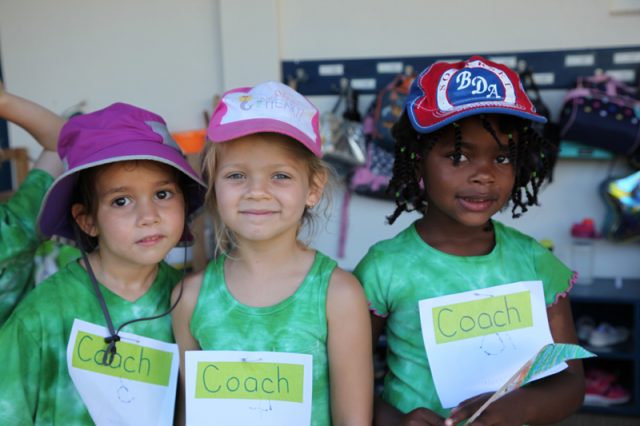 Minister Michael Fahy visited the school, sending his well wishes to the students and faculty. During the event, the students learned about the Bermuda Day parade history, including its floats, runners, and various participants over the years.

“Principal Carlos Symonds welcomed parents and spectators, while Minister Michael Fahy announced the start of the parade. Janice Outerbridge, the Division Head, led the parade while teachers and students followed behind, pulling along their beautiful floats.

“Spectators were delighted to watch the parade with the accompanying music from the school’s steel pan band. After the parade, a quick wardrobe change was made by the children which included putting on racing bibs, and soon the students were geared up for the mini marathon.

“The children raced around the field in a course that was mapped out to resemble the official St. George’s to Hamilton route. Fun was had by everyone during this special event celebrating Bermuda and commemorating Somersfield’s 25th anniversary.”