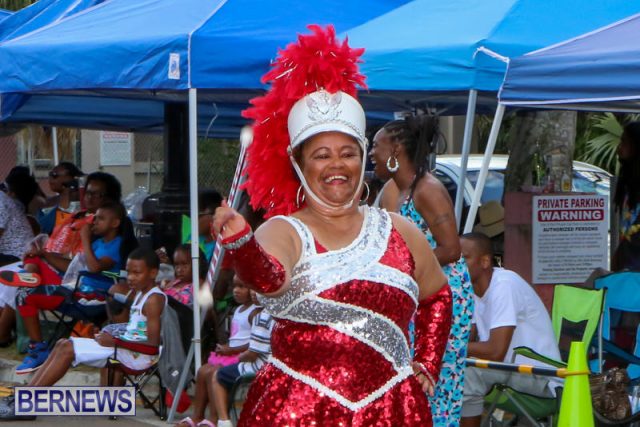 Thousands of locals lined the streets for the always-popular Bermuda Day parade, with entertainment provided by Gombey troupes, dance groups, majorettes, marching bands, floats, and more as they made their way through the streets of Hamilton.

In recounting the history behind Bermuda Day, the official programme said, “Bermuda Day has become the culminating point of Heritage Month and has grown in significance and popularity as the most celebrated holiday in Bermuda, other than Cup Match. It is a day when Bermudians demonstrate their pride in and appreciation for the beauty of our island home.

“The first Bermuda Day Parade took place in 1979 under the direction of then Community Affairs Heritage Coordinator, Reginald Ming. It was recommended by the Pitt Report that the Minister of Community Affairs institute an annual festival whose focus was Bermudian heritage and culture.

“The annual marathon has particular significance as it was seen, after the riots of 1977, as an example of unity and camaraderie amongst Bermuda’s then racially divided community.”