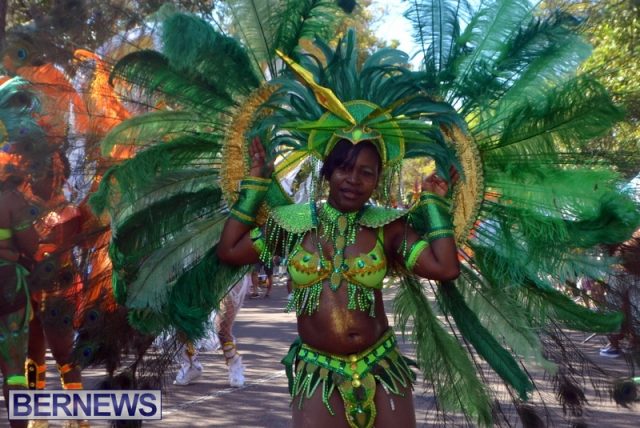 Thousands of people lined the streets to cheer on the hundreds of participants in the always popular Bermuda Day Parade.

The parade got underway at 1.30pm, starting along Marsh Folly Road and continuing right through to the top of Cedar Avenue. The parade then made a left turn onto Church Street, followed by a right turn onto Court Street. The procession then made its way through Front Street and up Queen Street, dispersing following final performances at the City Hall Car Park.

Earlier in the day, Tyler Butterfield thrilled road racing fans as he coasted to victory in the Bermuda Day Half Marathon, with his cousin Ashley Estwanik finishing as the race’s top female. At the Sinclair Packwood Memorial Race, Shannon Lawrence and Zoenique Williams finished as the top male and top female, respectively.

Bermuda Day had its origins in Empire Day, first celebrated in Canada in 1898 to mark Queen Victoria’s birthday. The holiday was later introduced in the United Kingdom in 1904 and then spread to other countries in the British Empire including Bermuda.

It was decided a parade would provide a focus for camaraderie and celebration and help Bermudians grow in respect and appreciation for one another. Today, Bermuda Day has become the culminating point of Heritage Month and has grown in importance to become the island’s most celebrated holiday other than Cup Match.