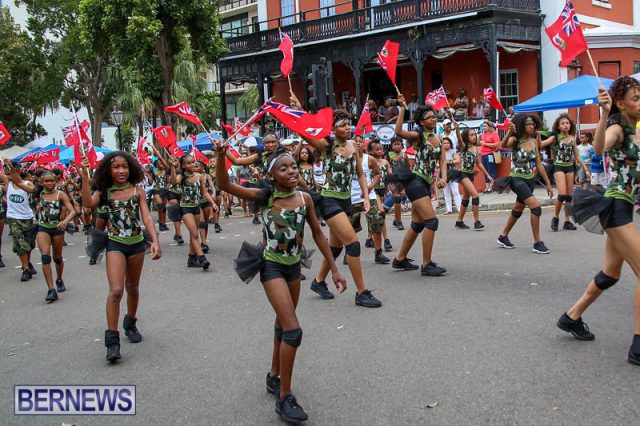 Gombey troupes, dance groups, majorettes, marching bands, floats and more made their way through the streets of Hamilton as thousands of locals lined the streets for the always-popular Bermuda Day parade, which kicked off in the afternoon, following the cycling and half marathon races which were held earlier in the day.