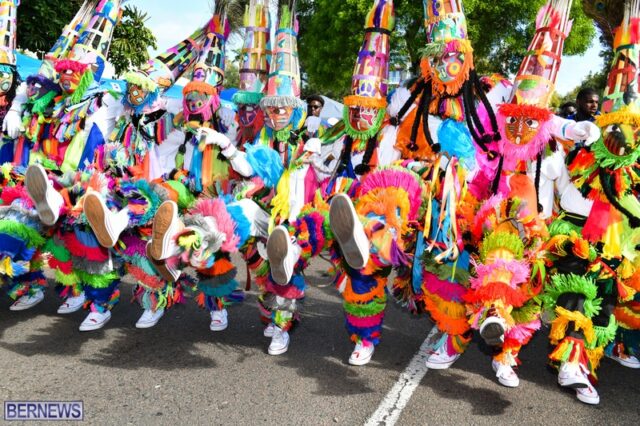 Always a highlight in the Bermuda Day parade, the island’s iconic Gombeys thrilled the crowds with their performances. According to the parade order list, the 2022 Bermuda Day parade ended with five troupes; the Gombey Warriors, Warwick Gombey Troupe, HnH Gombey Troupe, Gombey Evolution and Place’s New Generation Gombeys — who were celebrating their 65th anniversary — making an appearance as the final troupe to close out the parade. The gallery below contains images of just the Gombeys, for 650 images of the entire 2022 Bermuda Day parade see here on BDADay.com.