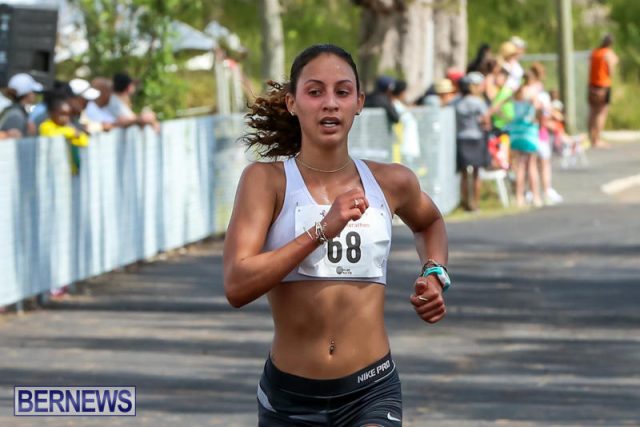 Husband and wife duo Chris and Ashley Estwanik raced to victory in today’s Bermuda Day Half Marathon, which started in the east for the first time in 37 years.

The photos below include some from the Junior Heritage Race, as well as the Half Marathon Derby.