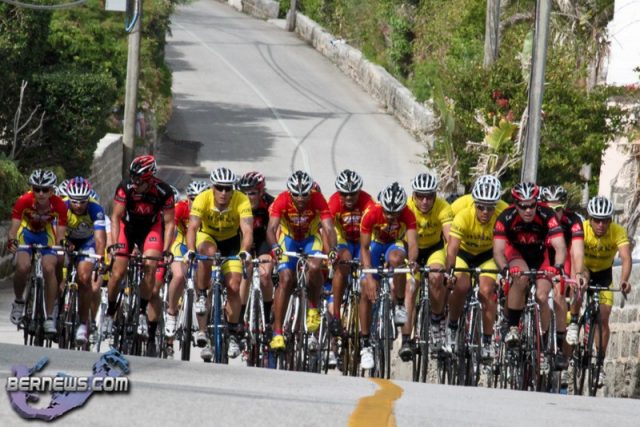 Around 70 cyclists took part in the 2011 Sinclair Packwood Memorial Race on Bermuda Day, racing at top speed from Somerset to Hamilton.

The race is named after Sinclair Packwood [1962-1998] who was for many years, one of the island’s top riders, winning several events and representing Bermuda in multiple competitions abroad.